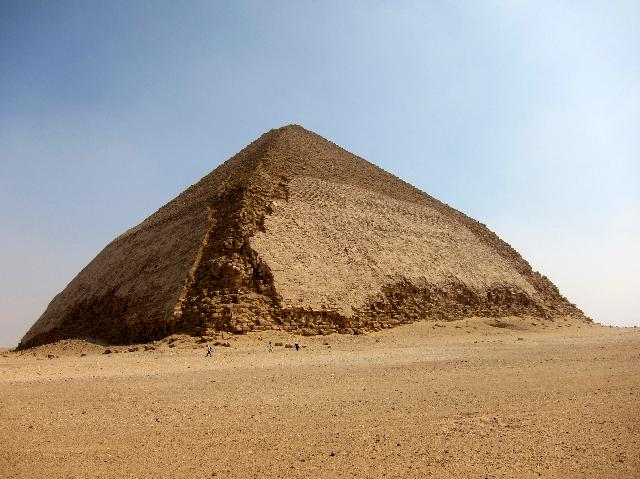 The Bent Pyramid at Dahshur, about 25 miles south of Cairo, is slated to be the first target for the Scan Pyramids project in Egypt. (Credit: Coralie Carlson / AP)

Indiana Jones, eat your heart out: The international project to scan Egypt’s pyramids for hidden chambers, using cosmic rays, is gearing up for its launch this weekend.

The scientists behind the Scan Pyramids effort will install sensitive detectors to map the pyramids’ structure by studying how the cosmic rays that continually zap our planet skitter through the stones. Similar techniques have been used recently to look inside ancient pyramids in Mexico and Belize, as well as theruined reactors at Japan’s Fukushima nuclear site.

Get the full story on Forbes.com.

Aerospace and science editor for GeekWire, creator of Cosmic Log, author of "The Case for Pluto: How a Little Planet Made a Big Difference," president of the Council for the Advancement of Science Writing. Check out "About Alan Boyle" for more fun facts.
View all posts by Alan Boyle →
This entry was posted in Forbes and tagged Archaeology, Cosmic rays, Egypt, Pyramids, Scan Pyramids, Science. Bookmark the permalink.