Mission to a comet ends with bittersweet bang 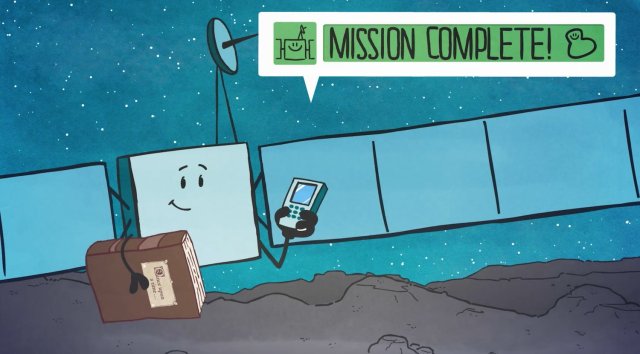 The European Space Agency’s Rosetta probe today descended to a mission-ending impact on the comet that it followed for more than two years.

The car-sized probe continued to transmit data as it dove toward the surface of Comet 67P/Churyumov-Gerasimenko, 446 million miles from Earth. When the data stream flatlined, scientists and engineers at ESA’s mission control in Darmstadt, Germany, knew it was all over.

“This is it,” said Rosetta mission manager Patrick Martin. “I can announce the full success of this historic descent of Rosetta toward 67P, and I declare hereby the mission operations ended for Rosetta. … Farewell, Rosetta. You’ve done the job.”

Mastermind of Cosmic Log, contributing editor at GeekWire, author of "The Case for Pluto: How a Little Planet Made a Big Difference," president of the Council for the Advancement of Science Writing. Check out "About Alan Boyle" for more fun facts.
View all posts by Alan Boyle →
This entry was posted in Uncategorized and tagged Comets, European Space Agency, Rosetta, Space. Bookmark the permalink.