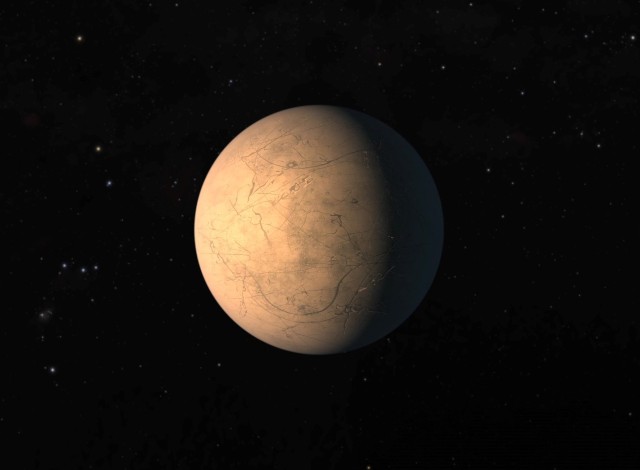 An international research team led by a University of Washington astronomer has worked out the intricate dance of seven planets circling an ultracool dwarf star known as TRAPPIST-1, nailing down the coordinates of the outermost world in the process.

The astronomers found that all seven exoplanets follow stable orbits thanks to a regular pattern of gravitational interactions, known as orbital resonance. And they determined conclusively that the seventh planet, called TRAPPIST-1h, is too cold for life – although it was could have been warmer in its ancient past.

The calculations, laid out today in the journal Nature Astronomy, will go down as another success story for the planet-hunting process.

Aerospace and science editor for GeekWire, creator of Cosmic Log, author of "The Case for Pluto: How a Little Planet Made a Big Difference," president of the Council for the Advancement of Science Writing. Check out "About Alan Boyle" for more fun facts.
View all posts by Alan Boyle →
This entry was posted in GeekWire and tagged Exoplanets, planets, Space, TRAPPIST-1. Bookmark the permalink.