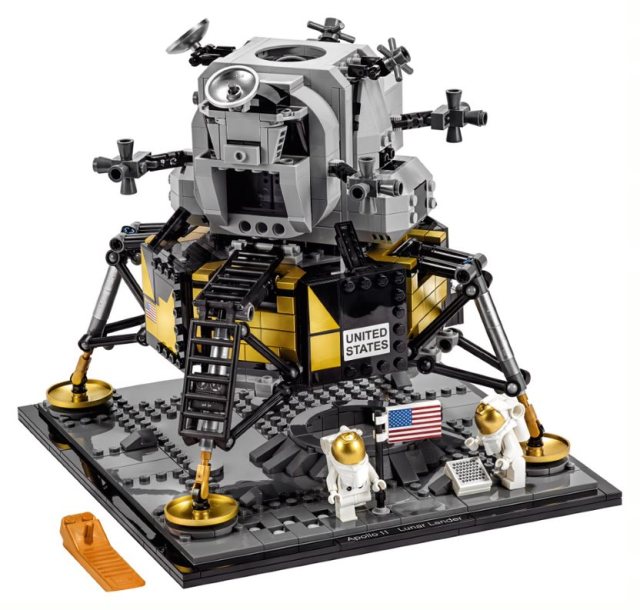 That’s one giant heap of Lego bricks: To celebrate the 50th anniversary of the Apollo 11 moon landing, the Lego Group is unveiling a 1,087-piece building set that recreates the mission’s Eagle lunar module.

Two astronaut minifigures are included in the kit, along with a depiction of the lunar surface complete with a crater, moon footprints and a U.S. flag.

In a news release, the company said the $99.99 set will be exclusively available at Lego stores and via the Lego Shop website beginning June 1.

Aerospace and science editor for GeekWire, creator of Cosmic Log, author of "The Case for Pluto: How a Little Planet Made a Big Difference," president of the Council for the Advancement of Science Writing. Check out "About Alan Boyle" for more fun facts.
View all posts by Alan Boyle →
This entry was posted in GeekWire and tagged Lego, Moon, Space, Space History, Toys. Bookmark the permalink.