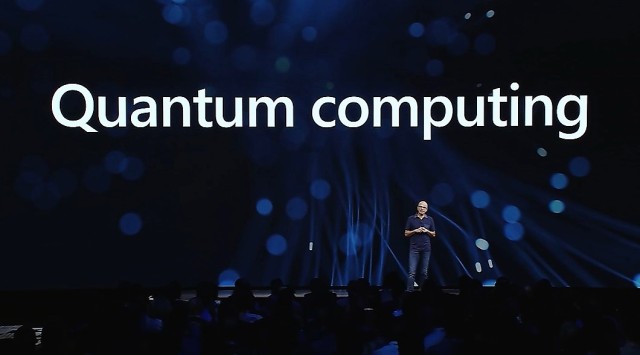 “With all the capacity we have around computing, we still have many unsolved problems, whether it’s around food safety, or climate change, or the energy transition,” Nadella said at the Microsoft Ignite conference in Orlando, Fla. “These are big challenges that need more computing. We need general-purpose quantum.”

While classical computers deal in binary bits of ones and zeroes, quantum computers can take advantage of spooky physics to process quantum bits — or qubits — that can represent multiple values simultaneously.

For years, Microsoft and its rivals have been laying the groundwork for general-purpose quantum computing hardware and software. Microsoft has previously announced some elements of its strategy, including its Q# programming language and Quantum Development Kit, but today Nadella put all the pieces together.

Aerospace and science editor for GeekWire, creator of Cosmic Log, author of "The Case for Pluto: How a Little Planet Made a Big Difference," president of the Council for the Advancement of Science Writing. Check out "About Alan Boyle" for more fun facts.
View all posts by Alan Boyle →
This entry was posted in GeekWire and tagged Cloud, Ignite, Microsoft, Quantum Computing, Technology. Bookmark the permalink.