Spaceflight helps out with shooting-star satellite 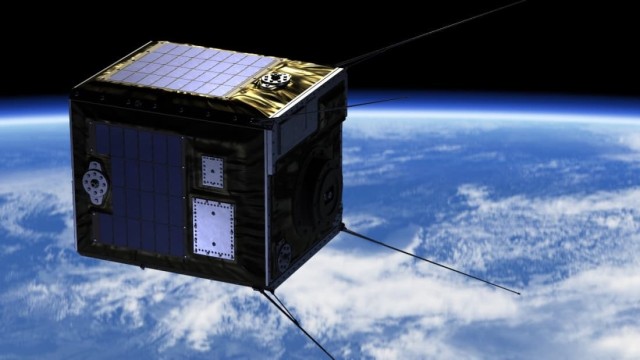 Tokyo-based ALE’s spacecraft is just one of seven satellites due to be sent into orbit from New Zealand as early as Nov. 25, aboard a Rocket Lab Electron launch vehicle.

It’ll be the 10th Electron launch, earning the nickname “Running Out of Fingers.” It’ll also be the first launch to test the guidance and navigation hardware as well as the sensors that Rocket Lab will eventually use to help make the Electron’s first stage recoverable.

No recovery will be attempted during this mission.

The shooting-star satellite, ALE-2, is already making headlines in New Zealand. It’s designed to release particles from its sun-synchronous orbit below the International Space Station’s altitude, according to a timed schedule. When the particles re-enter Earth’s atmosphere, they’re supposed to burn up and create the appearance of meteors as seen from the ground.

In addition to the entertainment factor, ALE says scientists participating in the Sky Canvas project will be able to study the path of the particles during re-entry. That could lead to more accurate predictions of the path of satellites during orbital decay, and perhaps contribute to studies of weather and climate change.

“This launch gets us much closer to realizing the world’s first man-made shooting star,” ALE’s CEO, Lena Okajima, said in a news release. “We really appreciate Spaceflight`s support and attention to our mission, and we’re honored to take this big step with them.”

Some observers say the Sky Canvas project will be a distraction for astronomers as well as an attraction for skywatchers. Similar examples include the “Humanity Star” disco-ball satellite that Rocket Lab launched in 2018, and SpaceX’s first batch of 60 Starlink satellites.

Aerospace and science editor for GeekWire, creator of Cosmic Log, author of "The Case for Pluto: How a Little Planet Made a Big Difference," president of the Council for the Advancement of Science Writing. Check out "About Alan Boyle" for more fun facts.
View all posts by Alan Boyle →
This entry was posted in GeekWire and tagged Japan, Rocket Lab, Satellites, Skywatching, Space, Spaceflight Inc.. Bookmark the permalink.