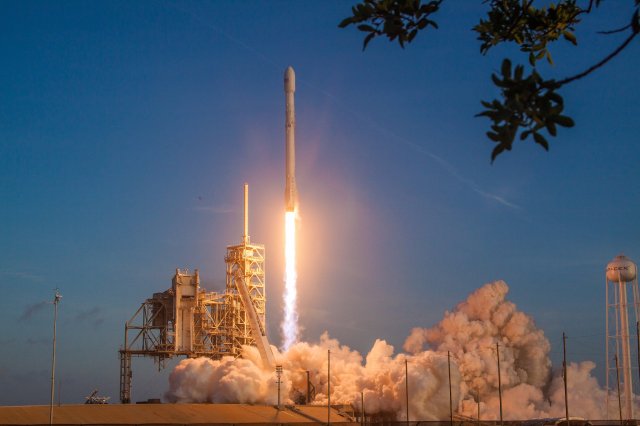 SpaceX launched a top-secret satellite for the National Reconnaissance Office today, then brought its Falcon 9 booster back for a spectacular touchdown at its Florida landing zone.

The NROL-76 launch marks a milestone as the first SpaceX launch fully dedicated to a classified mission, and the first since the U.S. Air Force cleared the company to take on national security space projects in 2015. The only precedent came back in 2010, when SpaceX launched a couple of experimental nanosatellites for the NRO as secondary payloads on a NASA demonstration mission.

Aerospace and science editor for GeekWire, creator of Cosmic Log, author of "The Case for Pluto: How a Little Planet Made a Big Difference," president of the Council for the Advancement of Science Writing. Check out "About Alan Boyle" for more fun facts.
View all posts by Alan Boyle →
This entry was posted in GeekWire and tagged NRO, Satellites, Space, SpaceX. Bookmark the permalink.