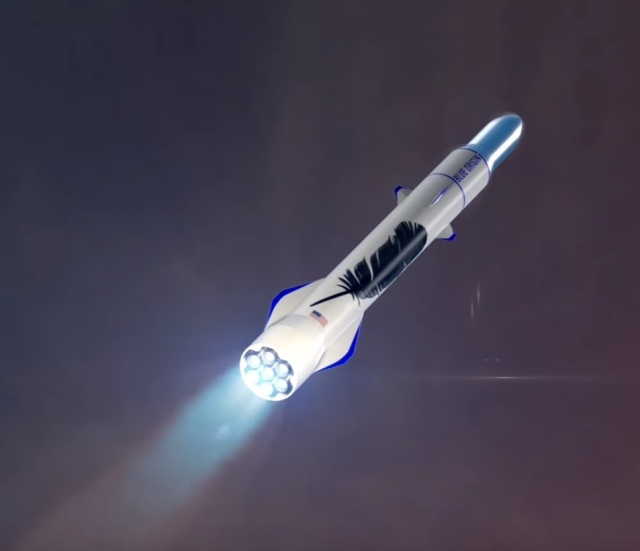 Blue Origin, the space venture founded by Amazon billionaire Jeff Bezos, announced yet another agreement to launch a telecommunications satellite with its next-generation New Glenn rocket in the 2020s.

The latest customer is Mu Space Corp., a Thai startup that unveiled its plans for terrestrial and satellite-based broadband data services (plus space tourism) in the Asia-Pacific region just last month.

Aerospace and science editor for GeekWire, creator of Cosmic Log, author of "The Case for Pluto: How a Little Planet Made a Big Difference," president of the Council for the Advancement of Science Writing. Check out "About Alan Boyle" for more fun facts.
View all posts by Alan Boyle →
This entry was posted in GeekWire and tagged Blue Origin, Mu Space, New Glenn, Satellites, Space. Bookmark the permalink.