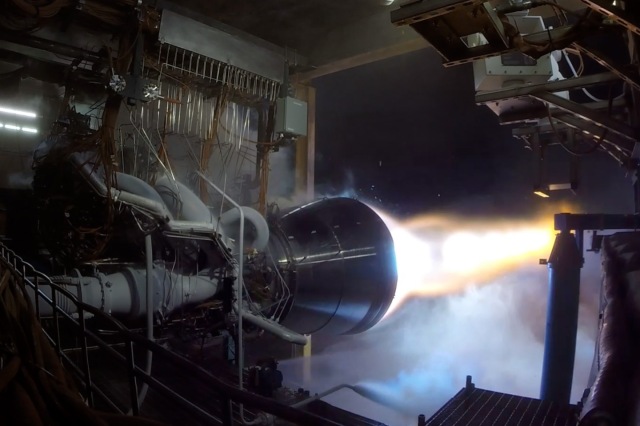 Amazon billionaire Jeff Bezos’ Blue Origin space venture says it has successfully test-fired its BE-4 rocket engine, marking a key step in the development of its own New Glenn rocket as well as United Launch Alliance’s next-generation rocket.

Billions of dollars are at stake in the BE-4 project, United Launch Alliance CEO Tory Bruno told GeekWire last year.

ULA has been waiting for months to get good news about the BE-4 tests in West Texas. The company wanted to see a successful full-scale test before going ahead with plans to use the BE-4 engine on its Vulcan rocket, which is due to have its first flight in 2019.

Aerospace and science editor for GeekWire, creator of Cosmic Log, author of "The Case for Pluto: How a Little Planet Made a Big Difference," president of the Council for the Advancement of Science Writing. Check out "About Alan Boyle" for more fun facts.
View all posts by Alan Boyle →
This entry was posted in GeekWire and tagged BE-4 Engine, Blue Origin, Jeff Bezos, Space. Bookmark the permalink.