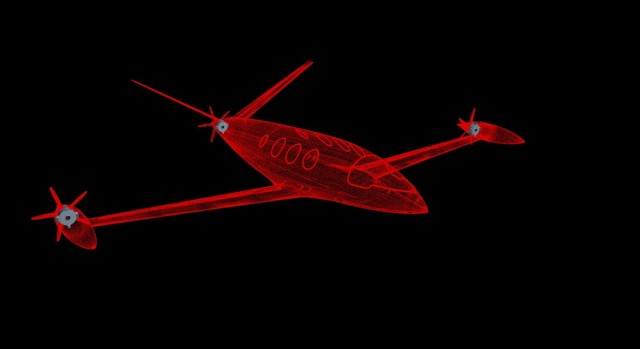 A wire-frame illustration shows Eviation’s design for the all-electric Alice airplane, with MagniX’s motors at the wingtips and on the tail. (Eviation via MagniX)

Eviation says it has selected Redmond, Wash.-based MagniX to become a propulsion system provider for its Alice all-electric airplane, a nine-seater that’s due to go into commercial service as early as 2022.

“They’re going to have a fully functioning aircraft, their first of type, at the Paris Air Show,” Ganzarski told GeekWire. “Our propulsion system is going to be on it.”

After the show, the plane is due to be shipped to Arizona and begin flight testing by the end of the year. Eviation, which is headquartered in Israel, wants to have the plane certified by the Federal Aviation Administration by the end of 2021 and aims to start delivering the planes to customers in 2022.

Customers will be able to choose between MagniX’s propulsion system and a different system offered by Siemens. The Siemens propulsion deal was announced in February.

Aerospace and science editor for GeekWire, creator of Cosmic Log, author of "The Case for Pluto: How a Little Planet Made a Big Difference," president of the Council for the Advancement of Science Writing. Check out "About Alan Boyle" for more fun facts.
View all posts by Alan Boyle →
This entry was posted in GeekWire and tagged Aviation, Electric propulsion, Eviation, MagniX, Technology. Bookmark the permalink.