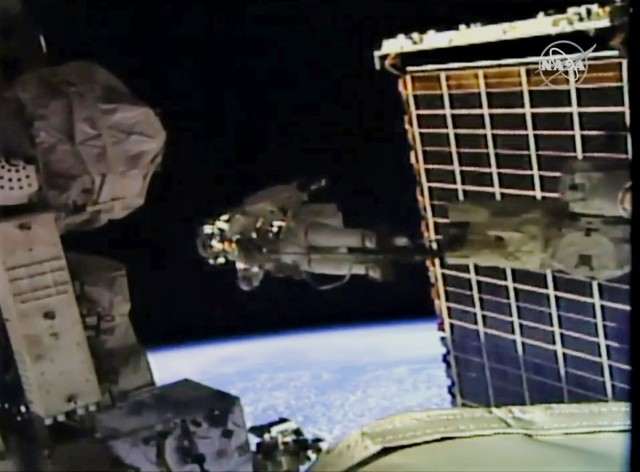 NASA astronaut Christina Koch floats on the end of the International Space Station’s robotic arm during a spacewalk. (NASA via YouTube)

For the first time in history, two women teamed up today for a spacewalk.

During a break in the action, the spacewalkers took a congratulatory phone call from the White House.

“You’re brave people — I don’t think I want to do it, I must tell you that. But you are amazing people,” President Donald Trump told the pair.

Aerospace and science editor for GeekWire, creator of Cosmic Log, author of "The Case for Pluto: How a Little Planet Made a Big Difference," president of the Council for the Advancement of Science Writing. Check out "About Alan Boyle" for more fun facts.
View all posts by Alan Boyle →
This entry was posted in GeekWire and tagged International Space Station, Space, Spacewalk, Women. Bookmark the permalink.