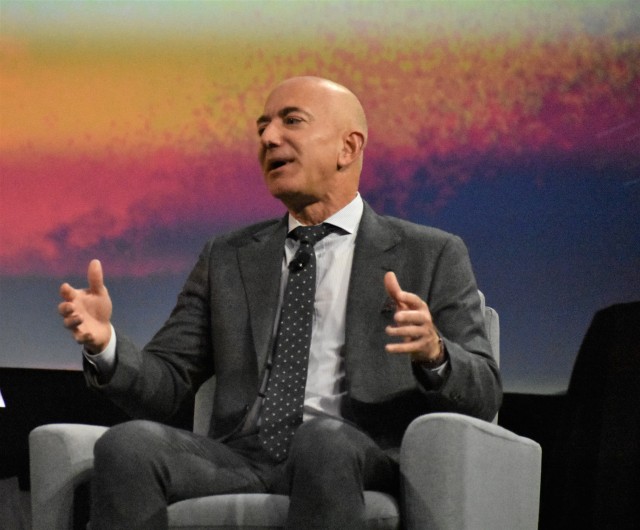 WASHINGTON, D.C. — Amazon billionaire Jeff Bezos says his Blue Origin space venture is heading up a team of top space companies — including Lockheed Martin, Northrop Grumman and Draper — to build a landing system to take NASA astronauts to the moon as early as 2024.

Blue Origin would serve as the prime contractor for the lander project, with its Blue Moon lander serving as the heart of the system.

Bezos said Northrop Grumman, which built the lunar lander for the Apollo program a half-century ago, would be responsible for the orbital transfer vehicle that would take astronauts from a moon-orbiting Gateway platform to a lower lunar orbit.

Aerospace and science editor for GeekWire, creator of Cosmic Log, author of "The Case for Pluto: How a Little Planet Made a Big Difference," president of the Council for the Advancement of Science Writing. Check out "About Alan Boyle" for more fun facts.
View all posts by Alan Boyle →
This entry was posted in GeekWire and tagged Blue Origin, Draper, IAC, Jeff Bezos, Lockheed Martin, Moon, Northrop Grumman, Space. Bookmark the permalink.