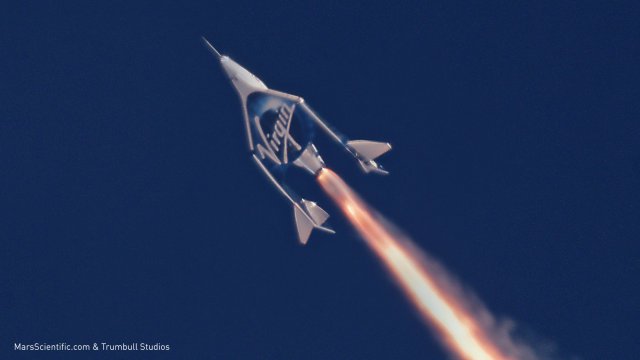 “It was great to see our beautiful spaceship back in the air and to share the moment with the talented team who are taking us, step by step, to space,” Virgin Group billionaire founder Richard Branson said in a post-flight recap. “Seeing Unity soar upwards at supersonic speeds is inspiring and absolutely breathtaking. We are getting ever closer to realizing our goals.”

Aerospace and science editor for GeekWire, creator of Cosmic Log, author of "The Case for Pluto: How a Little Planet Made a Big Difference," president of the Council for the Advancement of Science Writing. Check out "About Alan Boyle" for more fun facts.
View all posts by Alan Boyle →
This entry was posted in GeekWire and tagged Commercial Spaceflight, Space, Space Tourism, SpaceShipTwo, Virgin Galactic. Bookmark the permalink.